The Power of Social Media

DISCLOSURE: This blog post may contain affiliate links and any purchase(s) made through such links will result in a small commission to HUSTLR (at no cost for you).

The Power of Social Media and its Effects

Social media is an essential tool for businesses to communicate and reach out to potential and returning customers. We’ve seen the power of social media not just in business, but it affects changes even in politics and the economy.

One big movement I have seen over the past year is the General Election in Malaysia, check out this article for a quick recap on the event that took place. I won’t say social media impacted the whole change of the political landscape in Malaysia, but the effects of it can be seen.

With the young population straying away from traditional media platforms such as Facebook, Twitter and Youtube exploded with both the ruling government and opposition launching various campaigns. They work day and night to keep their supporters updated about their progress, schedules of upcoming events and anything related to the election. Traditional media has always been tied to big business, and sometimes the ruling government. Not just in Malaysia, but many countries worldwide with independent media sites gaining more traction than ever before and social media is at the center of this growth.

The reason why people choose social media as their main source of news is due to its ability to provide real-time updates, globally. With Facebook Live and the ability to share on the spot gives a huge audience coverage. People with larger followings that share news and articles or giving their opinions have a big impact as followers tend to trust the people that they are following on these platforms.

If you follow people you trust on social media platforms, it’s more likely that you will believe the news and information shared by them. Social media platform is also one tool that companies and influencers use to show authenticity and transparency.

For example, the review system on Facebook pages helps people to evaluate the credibility of a company whether if it’s a restaurant, online retail store, media site or any sort of business.

With the Great Power of Social Media Comes Great Responsibility

While social media is a powerful tool, it also comes with its fair share of abuse and the ability to mislead people.

According to an article posted by NBC news, fake news spreads faster on social media compared with the truth. We can see this clearly with certain media sites are being seen as bias or reports of “medical studies” that can affect people in a bad way.

The current few examples being seen globally is the rise in Anti-Vaccination, and the recent case in America involving young blood transfusion has seen an impact on society, even if the numbers are small. Certain businesses also tend to use fake and bought reviews to make it look like their product/service is trusted by others.

We’ve seen how companies use social media to promote and cheat customers of their hard earned money. Look at the Fyre Festival debacle, where they hired influencers like Kendall Jenner and Bella Hadid to promote the event to their combined 150+million subscribers. People trust their influencers and businesses they follow and certain companies see it as a way to make a quick buck off you.

As major social media sites have to be open regarding the freedom of speech, it has been difficult for them to control the content that is spread around especially with messaging apps like Whatsapp that uses end to end encryption so while that is secure for consumer use, things that are spread there can have a negative impact to those who lack the knowledge on a certain topic.

Be Doubtful and Always Dive Deeper

A simple step for us as consumers can take is to be doubtful of what you see online if it doesn’t sound right.

If you come across a post on social media regarding a sale of an item, a juicy article, or anything that seems a little off, dig a little deeper. Always look for a reference, feedback, review and with the right knowledge, it will be easy for you to easily identify and filter something that is fake.

With more companies taking a stand on this issue and the unlimited source of information available on the internet, it goes back to us, the consumers to be responsible for what we consume. As for businesses, be transparent and be genuine to your followers and customers on social media. Take time to understand all feedback and reviews, get to know which are genuine, and act on them.

While it’s almost impossible to avoid trolls and fake accounts on the internet but if you address things the right way, it could be even more beneficial to you as consumers are more likely to build trust with you. Businesses and consumers should also think wisely on the things they say as sometimes, the things you say cannot be taken back.

So while social media is a powerful platform that can bring so much for your business or as a consumer, we should be smart about it and the way we use it.

Jeremy has been running several online businesses behind his laptop for the past 5 years and he has worked as a freelance web developer previously. A trained marketer by profession, he also has Ruby on Rails and web development knowledge. His forte lies in eCommerce, SEO and content marketing. He’s been featured on Vice, Thrive Global, YFS Magazine, Forbes and several other publications. He prefers to connect with people on LinkedIn.

Like What You See? Here Are Some Related Posts 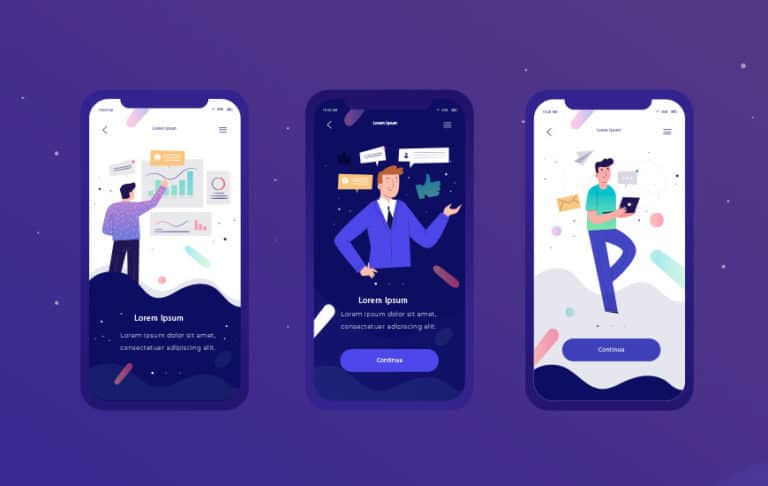 What is a Landing Page and Why Is It Important

If you are new to digital marketing, you might not be familiar with certain terms, especially if you are unsure

Whether you are looking for a new job or just a decent side-earner, these days there are more options than

The Ultimate Guide to Different Types of Advertising

There are many different ways to advertise your business, brand, and products. However, knowing how to divide up your budget

6 ways to make your employees happier at work

A happy team of employees usually results in an increase in productivity and a far better working environment. Should you

2 thoughts on “The Power of Social Media”

What is a Landing Page and Why Is It Important

If you are new to digital marketing, you might not be familiar with certain terms, especially if you are unsure what they are and how you can make them an important part of your marketing strategy. A landing page is

Whether you are looking for a new job or just a decent side-earner, these days there are more options than ever for making money outside of a traditional career path. From online tutoring to blog writing, check out our collection

The Ultimate Guide to Different Types of Advertising

There are many different ways to advertise your business, brand, and products. However, knowing how to divide up your budget on each of these types can be challenging. What is going to be the most beneficial, and how can you

6 ways to make your employees happier at work

A happy team of employees usually results in an increase in productivity and a far better working environment. Should you get the impression that things aren’t as good as they could be within your business, then making some changes and

Jungle Scout vs Viral Launch – Which is the best Amazon FBA tool?

With over three hundred and fifty million products on Amazon, finding the right product to sell is not easy. To start your journey as an Amazon Seller, the first thing you need to choose is an Amazon product research tool.

PPC or pay per click advertising has quickly become one of the most prominent types of digital marketing. While other digital marketing forms still promise great results and have proved their worth time and time again, PPC campaigns are fast